VIENNA/RASTATT - Whilst equally unsuccessful on the stage at the recent Eurovision Song Contest, Austria and Germany achieved full marks behind the scenes. Austrian host broadcaster ORF marked the 60th anniversary of the world’s oldest and most successful televised song contest not only as a perfect host, providing a spectacular TV and stage show, but also with a technically innovative production concept. More than 200 million viewers in 80 countries witnessed Sweden's Måns Zelmerlöw outscore his 26 co-finalists, but would have been unaware that all of the contest’s audio signals were routed via a RAVENNA/AES67-based IP infrastructure for the first time at a Eurovision event. Both the Lawo Nova 73 audio matrix – including all connected DALLIS I/O systems used by ORF’s broadcast supplier, VideoHouse – and the video and audio distribution of the Lawo commentary solution were based on IP networking technology.

All of the audio signals were collected by a central audio router, to be distributed to all of the event’s suppliers and OB vans. This setup minimized equipment and cabling requirements while significantly increasing the flexibility of the installation. The central audio infrastructure was based on a Lawo Nova 73HD audio routing core, which formed the heart of the audio operation. Ten DALLIS I/O systems were connected to the core via RAVENNA Audio-over-IP technology, allowing decentralized collection and distribution of all signals in the venue, including 96 Sennheiser wireless microphones, 32 Sennheiser in-ear systems and a Pro Tools playback system. The Lawo infrastructure also enabled distribution of all of the sync and timecode signals needed for the production.

In total, the Lawo Nova infrastructure routed more than 6,600 audio signals to six OB vans, as well as to the FOH and monitor consoles inside the hall. All OB trucks – including three vehicles from ORF and three from VideoHouse – were equipped with Lawo m² 66 or mc²56 digital mixing consoles. In addition, the VideoHouse trucks were equipped with Lawo V__pro8 video processing systems for audio embedding, de-embedding and format conversion. A VSM system from L–S–B was used for managing and controlling the whole installation.

The Lawo commentary system used by ORF was also based completely on IP networking technology. The 14-member Lawo crew equipped 45 commentator cabins with Lawo LCU commentary units, which were networked via RAVENNA/AES67 with the Commentary Control Room and the Commentary Equipment Room. Here, the signals were forwarded to the Prodys ISDN and IP codecs connecting broadcasters worldwide with the venue. The Lawo commentary system was developed in collaboration with HBS for the 2014 World Cup, and HBS also supported the setup in Vienna with equipment and personnel. The video signals for the 90 video screens in the Eurovision commentary boxes were streamed to the commentary boxes via Lawo V__link4 Video-over-IP systems. These video screens provided additional information for the commentators, in addition to what they witnessed taking place in the hall.

The project was managed by Lawo as a turnkey solution, including developing the technical concept, implementation, on-site support and equipment from Lawo’s rental partner, Audio Broadcast Services (ABS). In total, ABS delivered 15 tons of Lawo equipment to Vienna. 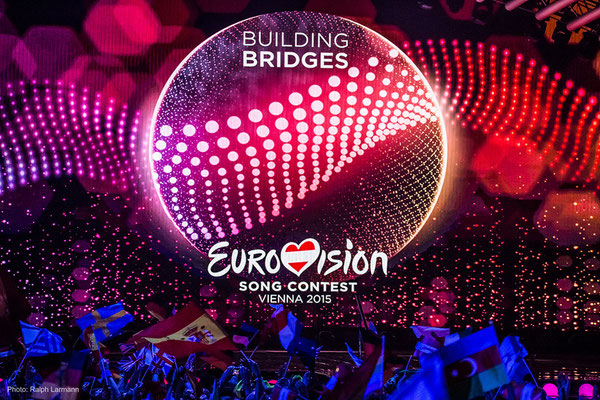 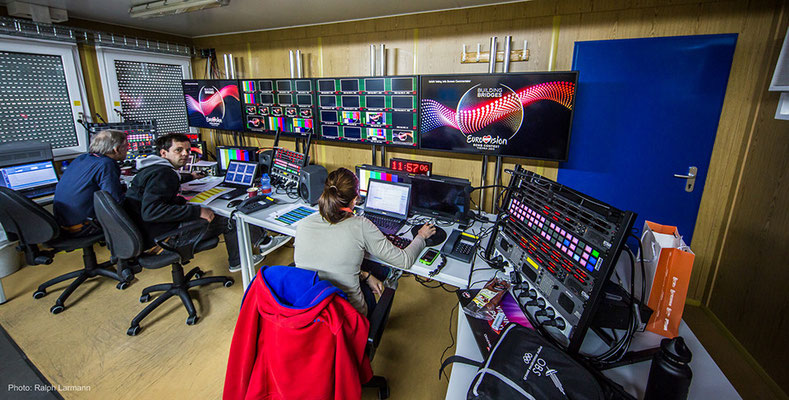 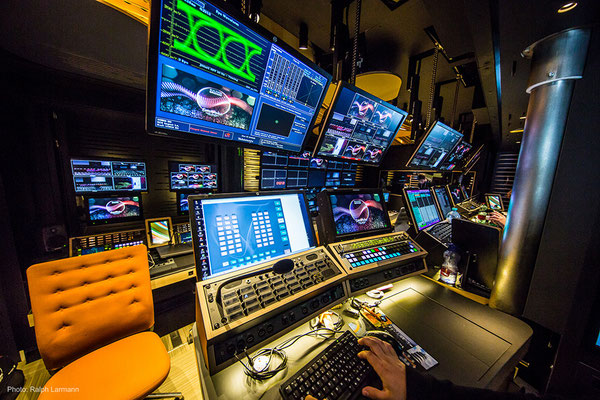 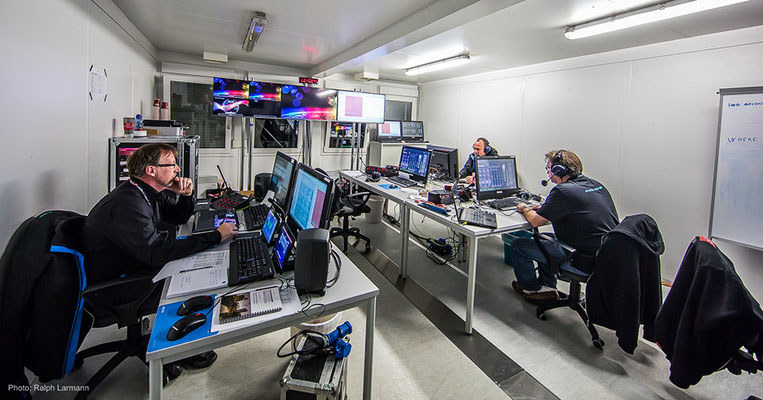 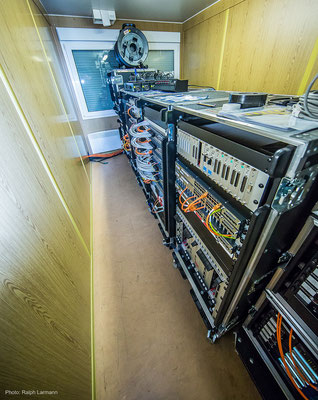 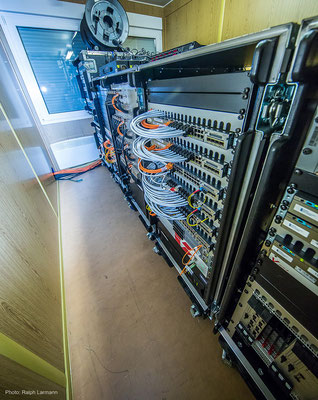 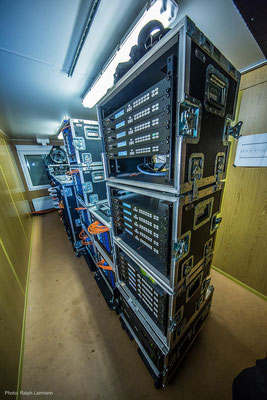 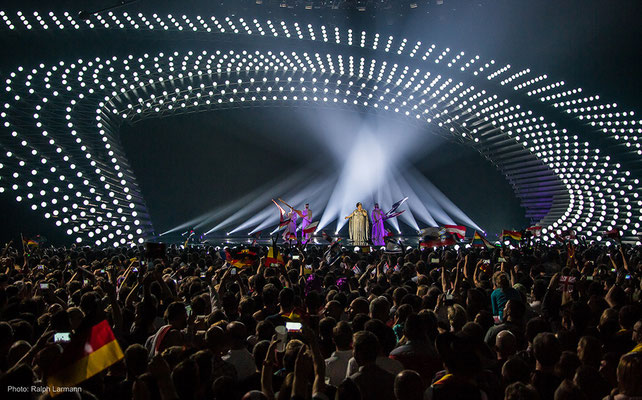 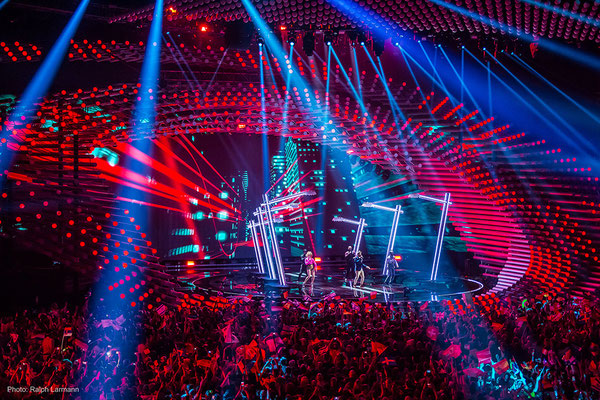 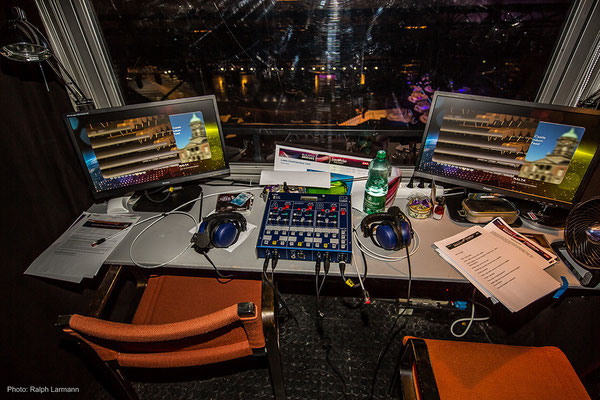 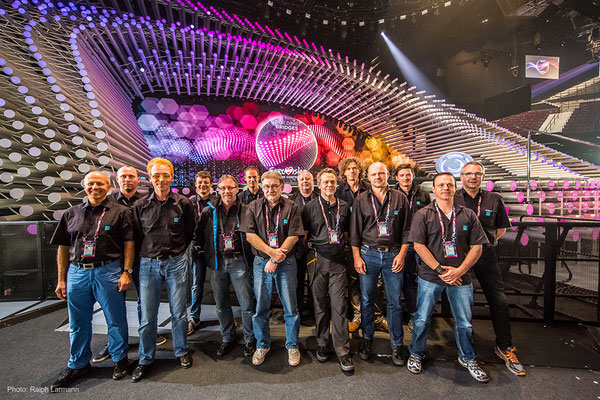 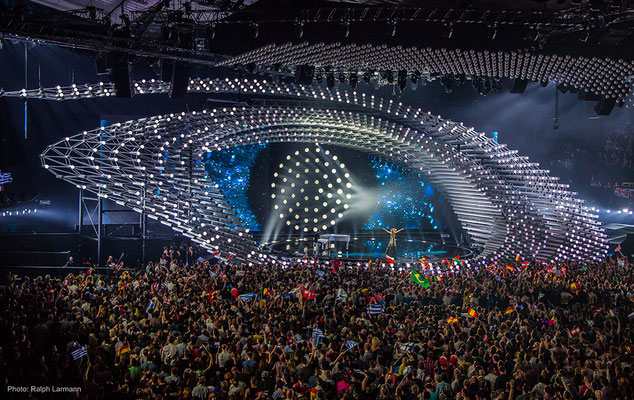 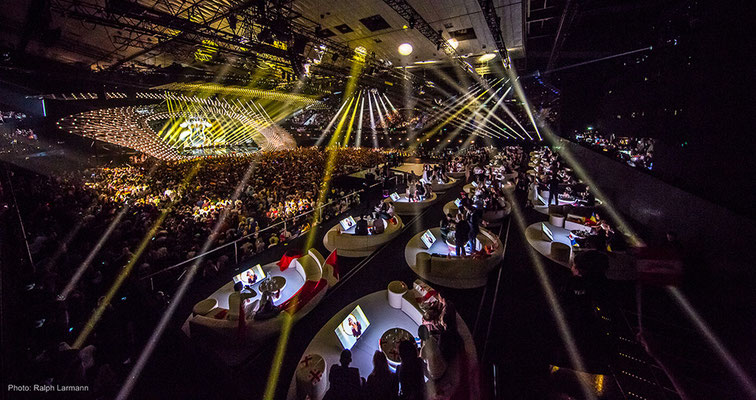