Since its 1990 inauguration, Italy’s Ravenna Festival has gained a reputation as one of Europe’s most prestigious events, hosting a wide range of performing arts in venues ranging from UNESCO listed monuments to the Pala de Andrè indoor sports arena and Dante Alighieri theatre.

This year, at the last two venues, the festival’s long-standing audio contractor (BH Audio) used a Lawo system based on the manufacturer’s mc2 36 console, Compact I/0 stagebox and the RAVENNA IP network.

BH partner Massimo Carli explains how the project came about: “BH specialises in classical and contemporary music, opera and jazz, providing sound reinforcement rental and recording facilities, but this project came about through MediaCare AudioVisual, a company I founded two years ago, to target the installation market. I contacted Lawo for a couple of important projects on which I considered their mc2 56 and mc2 36 consoles to be ideal.

“When we met at Frankfurt, we spoke about BH and suggested using a Lawo system at the Festival (with numerous musicians, world famous conductors and a critical audience) and at Riccardo Muti’s Academy courses and final show, staged at the Dante Alighieri theatre.”

Carli was put in touch with Italian distributor Aret Engineering, and demonstrator/trainer Massimiliano Salin carried out the initial setup and held an intensive two-day training course at the venue, after which Carli was able to carry out all the work at the Pala de Andrè and the Academy without any problems.

The PA wasn’t standard fare, as Carli tested a “3D sound” processor (due for presentation at Frankfurt in 2017), thanks to which, spectators ­– no matter where they’re sitting, even stageside seats only covered by side hangs – hear the sound of the orchestra’s instruments as if it was coming from their positions on stage. Including subs and FX speakers, the impressive d&b audiotechnik system had a total of 85 enclosures (from various series, plus Y-Subs).

At the arena, the mc2 36 was connected via RAVENNA in Cat-6 to a Lawo mc2 Compact I/O stagebox and via MADI to the 3D processor.

The compact I/O was used to take all the mic signals from the stage to be mixed and distributed to the processor using the console’s DSP configuration, creating thirty output groups.

“As well as performing excellently in terms of sound quality,” says Salin, “thanks to the mc2 36’s full-blown on-board 512 x 512 matrix, I connected the 3D processor to the console, and then directly to the Compact I/O outputs, to which the amps were connected, eliminating multicore cable used in the past, when BH deployed outboard matrices.”

At the Academy, on the other hand, the mc2 36 was used to record nine hours’ work a day on three digitally connected systems and provide a ‘service’ mix for the video team.

Italian state broadcaster RAI produced an arena concert and, instead of having to use a splitter for their mics, gave BH a MADI feed which was connected to the Compact I/O, inserting a sample rate converter in the chain to bypass RAI’s clock and greatly simplifying the whole process.

Salin continues: “There were no technical problems, but, as is often the case with sound engineers who normally work on live events, we had to explain that the console is not just a ‘mixer’ but a real matrix, so there’s no need to go through input procedure to ‘feed’ an output – just connect it and it’s ready to go. Massimo was therefore able to leave half the gear he brought in the past to the festival at home.”

Carli enthuses: “After using more or less the same set-up for the last three years at the venue, the first thing that struck me was the sound – we’d used a top-grade analogue desk in the past, so the comparison wasn’t between products of a different level, and we hadn’t changed PA or microphones, but we immediately noticed the difference in timbre. My impressions were confirmed by several other people.

“For example, during rehearsals for a concert conducted by Riccardo Muti, his wife Cristina came to the FOH platform and asked me what we’d changed, as the system seemed to sound better than usual, and when Muti asked how the sound was, Cristina told him it was beautiful and better than previous years, explaining that I was using a new audio console.”

The power of the console, which is the smallest in the Lawo range, and the number of channels and outputs at users’ disposal “put many live consoles to shame”, says Carli.

“I was positively impressed by the software’s flexibility, which ensures absolute freedom to set up just as I want, with limitless ‘patching’ possibilities not normally possible with live consoles. The mc2 36 is the perfect system for this kind of event.”

The Lawo console is now at the top of Carli’s “shopping list”, as he explains, “I was reluctant to hand it back and realised it would’ve made the difference on several jobs I did after returning it; not only from the point of view of sound, but the system’s set-up and flexibility.”

Based in the province of Milan, Aret Engineering was appointed Lawo distributor in March and has over 40 years’ experience in the broadcast field, designing and delivering over 400 OB vans of various sizes and installing studios.

The firm’s vice president Alessandro Asti explains the decision to take Lawo on-board alongside the other prestigious brands distributed: “We were struck by the firm’s strategic vision, which has led to the conception of ground-breaking products and all-round product excellence and competitiveness, even in its smaller consoles.”

Asti says: “At Ravenna Festival we were able put leading edge technology at the service of top level live performances and BH saw that, in spite of its small footprint, the console is very powerful and able to handle the resources necessary for productions of this type and size, ensuring unbeatable signal quality in its category, flexibility and reliability.” 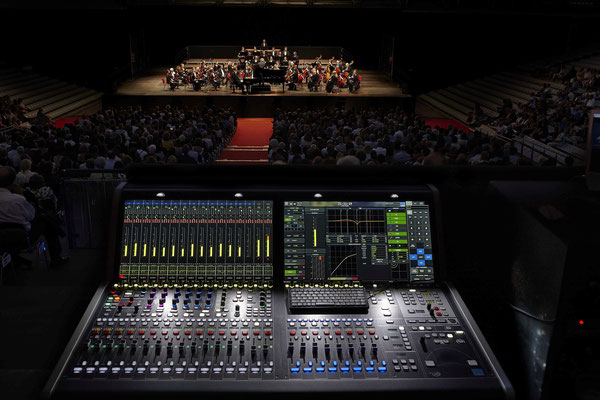 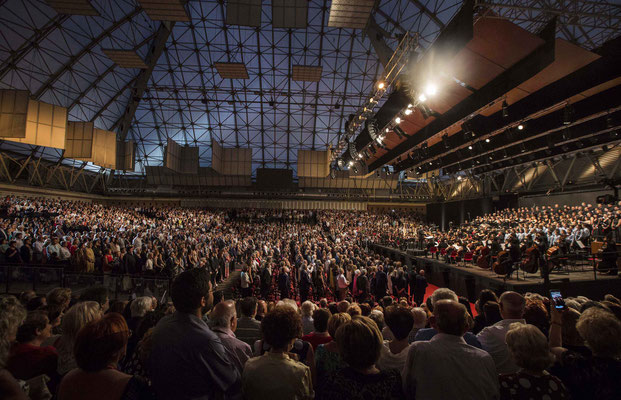 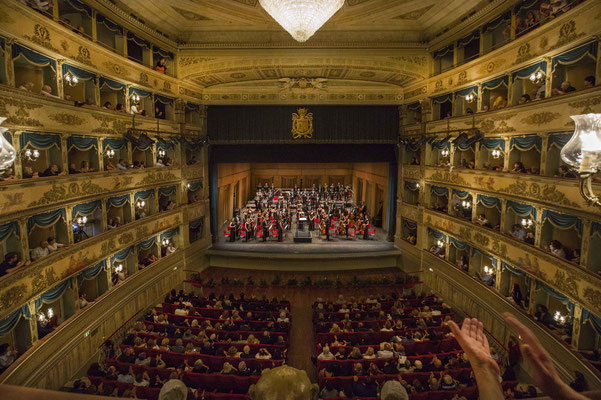